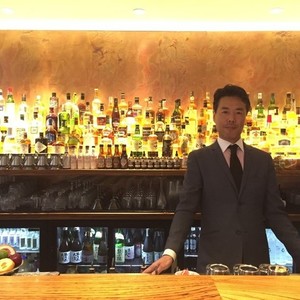 Yasu is originally from Tokyo in Japan, wine expert and food connoisseur.
He visited more than 40 countries to research local food and wine. He enjoyed sharing of food, and different cultures. Yasu promote combining classic recipes from around the world, taking Japanese beyond sushi and Italian beyond pasta.

After gaining of a Occidental Cuisine Service Skill Grade 1st by the Japan Hotel and restaurant Service Development Association, he worked alongside a number of the most prestigious restaurant and hotels both in Tokyo and London such as Four Seasons Hotel, ANA Hotel, Sake No Hana and Kouzu Belgravia. He is also fully qualified of Sommelier.

He was 2nd prize winner of the London original sushi competition, also completed the professional Okonomiyaki course at the Otafuku in 2016.

Yasu is passionate about transitioning to a healthy, balanced diet and lifestyle.
He became Kushi macrobiotic concierge in 2017. Also interested in Ayurveda, fermented food, and organic products. 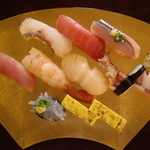 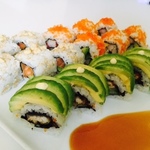 Start with salmon carpaccio followed by 3 kind of Japanese skewers or sirloin beef with yakiniki ...

Thank you Yasuhiro. We had a fantastic time!
Very organized, stress free, beautiful presentation, so tasty, he even cleaned and tidy up in a true professional manner.
Guest were all very happy, of course, which I was most pleased.
I will definitely recommend him to anybody who would like to have a fantastic Sushi feast.
Thank you!!

Yasuhiro was excellent and the food was absolutely delicious - extremely high quality and beautifully prepared. I would highly recommend Yasuhiro to anyone! Thank you

Yasu was a really great Chef and made our evening birthday party really enjoyable.
Food was simply delicious from the beginning to the end.
Sushis were simply outstanding, made directly in the kitchen and the skewers simply delicious.
We are already thinking about when next to have Yasu coming